High-quality explainer animations help to make complex information more understandable. Our expert in-house team of digital designers explain how they script a video and how to design excellent explainer videos for your audience.

Why have explainer videos become so popular?

First of all, let's explain what an explainer video is! It is a short animation (usually between 30 seconds and 2 minutes), which explains a key concept or is focussed on a product or service demonstration/overview. They've been popular on startup company websites for the past couple of years.

Research shows that an explainer video on a website can increase conversion from between 15 to 20%.

I worked on a project once where I had no idea about what I was doing. I asked my manager for an explanation of the project background but left his cubicle with diagrams that looked like a comic strip. I asked my colleagues for help on where my bit fitted into the process but my notes from their patchy ramblings - delivered with aplomb – were equally comical. What was I missing? All I wanted was the basics. Let's take a look at an example of an explainer video.

An explainer video from our Diversity and Inclusion programme

Tip 1 - The BASICS of explainer videos

In my example - what I was missing were some short building blocks of information that set a context, were easily understood, followed a logical process and paced me nicely through the information.

The reason I like explainer animations so much – both as an Instructional designer(ID), and a learner – is that they present on a stage those basic nuggets of information, complete with pictures and sound. It’s easy to think that all an animation does is add a little bit of Hollywood sparkle to the dullest of content (they can certainly do this) but a good explainer video is much more than that.

As an ID, an explainer animation isn’t a learning element that I can just throw into a course to jazz it up. A good one is a gem. A poor one leads to confusion and can make a learner distrust everything else you’re trying to say.

Tips 2 to 5 are what I think about when designing good explainer videos for learning.

A good script is the backbone of an explainer video:

Tip 2: The WORDS in explainer animations

Don’t forget to ask your subject matter expert (SME) to review your script. It might have taken you a week to get to grips with it but it needs to match your learners’ requirements. And graphic designers don’t usually take kindly to having to rework a complex animation because the script wasn’t signed off beforehand.

Tip 3: The IMAGES in explainer animations

Having a team of graphic designers to accurately visualise every part of your subject is quite a luxury. An ID will have immersed him/herself in the subject and talked to the SMEs so should have a good conceptual picture of what the subject is all about. Therefore most IDs will want to give their graphic designers a steer as to the imagery that should accompany their script.

An explainer video could have voiceover or music, or a bit of both. (Be careful with the music – tastes vary!)

Tip 5 - The BUDGET for explainer animations

Good explainer animations are effective, immersive and impactful. They can also use up a large amount of your designers’ time and efforts, so make sure you, and your clients, budget for this. Voiceover also carries a cost so build this in to the overall cost also. You can reduce costs by:

When you get it right, explainer animations are key elements in an eLearning course. They are stand out, stand-alone and memorable components that can be easily referenced or shared. They have personality, flair and style – be it Hollywood, European art or Film Noir – and are usually always warmly received by learners just looking for that decent explanation.

Here are a couple more examples of our good explainer videos:

Example 1 - What can digital learning do for you?

Example 2 - Overview of our GDPR training

What do you need explained?

If you have any questions on explainer videos, please do get in touch. Our designers would love to hear from you.

Our Content development services offer many options for explainer animations and more. And our Compliance solutions offer a video-based, engaging approach to compliance training that you may not have seen before. 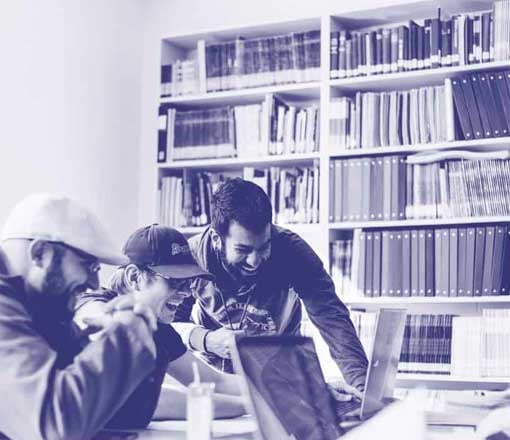 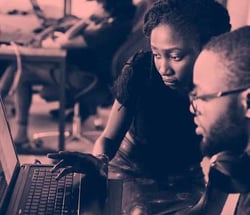 A Sense of Belonging

Online learning can – to quote the founding principles of the BBC – inform, educate and entertain, but it doesn’t often attain such heights as..

What connects the co-founders of Udemy, altMBA and Socratic? They’ve created a cohort-based learning platform called Maven, with millions of..

eLearning in the workplace – The Good, the...

The new normal is now becoming a little less new; and many of us are tentatively peeking out from a nearly 2-year hibernation of sorts.